EyeSee360 are well-known for producing panoramic cameras for military use, they have been doing it and doing it well for the past 16 years. They have now branched out and adapted the technology they use and introduced the 360Fly. This is a video camera that will be offered to consumers in the fall and will allow them to capture a whole scene in 360 degrees. In short, this is a camera that doesn’t miss a thing thanks to it having a horizontal field of 360 degrees along with 240 degree vertical field. 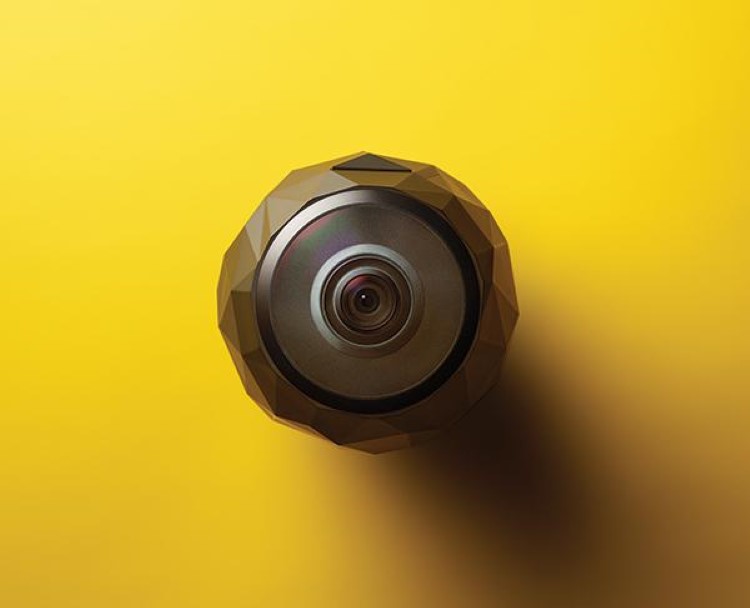 [Image Source: Fly 360]
What’s even more astonishing than having the views above, it can record a whole scene and it doesn’t even have to move to do it? All the user had to do is mount the camera on a tripod or even on their equipment, such as on a surfboard or a helmet and it captures everything. So how does the camera manage to capture the whole scene around it without moving?
The lens of the camera captures the image and then footage is sent to through Wi-Fi to a computer or a smartphone and it works on both iOS and Android. The viewer can watch the video in a single shot or it can be clicked and dragged so they can view the entire scene just like they were actually there. The compact camera weighs just 120g but it is rugged and you can take it just about anywhere thanks to it being waterproof to a depth of 5 metres.
The 360Fly is the perfect video capturing equipment for those who like fun and adventure, or even for families. It doesn’t matter whether you are hiking up one of the tallest mountains in the world, snowboarding down the steepest slope or you want to capture the first steps of your first born child, this is the video camera that will ensure you will not miss a moment.
Be the first to read our latest stories, analysis, and trend-spotting on tech from every corner on earth. Sign up for our weekly newsletter today.
Stay on top of the latest engineering news just enter your email and we’ll take care of the rest.
Stay ahead with the latest science, technology and innovation news for free
By subscribing, you agree to ourTerms of Use andPrivacy Policy. You may unsubscribe at any time.
For full access to all features
and product updates.
$25
$17.97
Quarterly
Already have an account? Log in