Remember the 3D Camera? It's Back – PDN Online

Do you remember the Fuji W3? How about Panasonic’s 3D1?
If you answered “no” you’re not alone. Earlier this decade, as 3D TVs had started their brief, ill-fated appearance on electronics store shelves, some adventurous camera makers introduced models that could create setereoscopic 3D stills and video. Like 3D TVs, these cameras never amounted to much.
But Google is attempting to resurrect 3D photography and filmmaking to complement a new approach to virtual reality called VR180. Google defines VR180 as a stereoscopic 3D image with a 180-degree field of view. To date, most VR cameras (think Ricoh’s Theta and the Nikon KeyMission) capture a 360-degree field of view but as a flat, two dimensional image. Google’s innovation is to trade away the completely spherical view to add greater dimensionality–and thus, greater realism, since a 3D image looks more realistic when viewing VR content in a headset.
YouTube has already been updated to support the new format and Google says it is working with Yi Technology, Lenovo and LG to build VR180-compatible cameras. They’ll also be certifying other cameras as VR180 capable. The first such product is from Z Cam. The LucidCam may also fit the bill as may the Vuze from Humaneyes (which we’re reviewing in the Sept. issue). 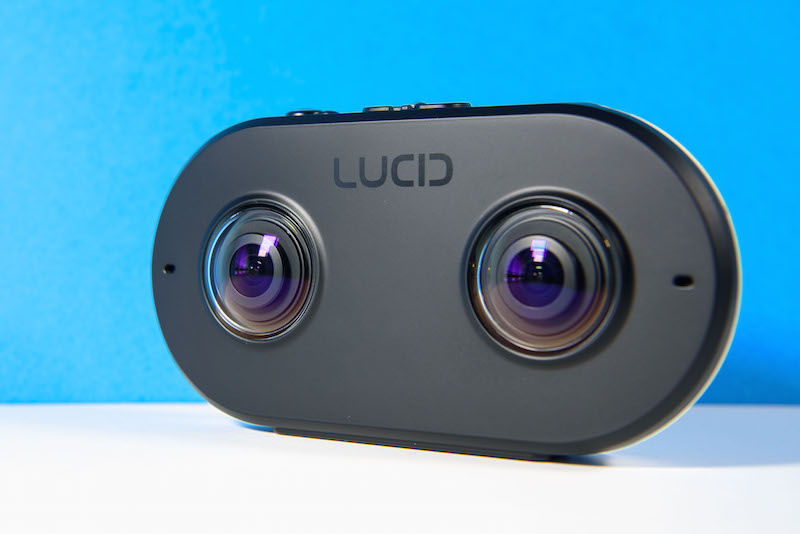 Given how poorly the first crop of 3D cameras fared in the market, it’s fair to ask whether Google’s VR180 initiative will suffer a similar fate. After all, the promise of virtual reality is that you’re surrounded by video and that the viewer can control where he or she looks. VR180 robs the viewer of that freedom. By narrowing the field of view, VR180 cameras are essentially the same 3D cameras that failed several years ago, only now with the trendy imprimatur of Google and YouTube and VR headsets in place of 3D glasses.
What’s more, Google has a notoriously flightly track record when it comes to products outside of its core business. In 2017, Google has bet big on VR–they offer cloud stitching and have been aggressively updating YouTube to keep pace with spherical image formats. But will this attention and enthusiasm last? Ask Google Reader fans.
On the plus side, Google’s VR180 may have excellent potential among professional filmmakers. One of the signature challenges of creating dramatic VR content is positioning the production crew. A 360-degree video leaves grips, audio engineers and related crew exposed to the camera. Narrowing the field of view from 360-degrees to 180-degrees gives those crew members and their gear a place to hide (just like in a traditional video production).
It also solves one of the central conundrums of VR storytelling–how to direct a viewer’s eye when they have an entire 360-degree sphere to observe. With only a 180-degree field of view, a viewer doesn’t have nearly as much space to let their eyes roam, empowering directors to, well, direct.
3D cameras that support the VR180 format won’t be ready until the end of this year so the real test for the format’s appeal won’t occur until 2018 at the earliest. Until then, filmmakers and photographers who produce and/or are interested in VR have something new to ponder.
March 14, 2019
Insta360 is taking a page from Vuze with its newest immersive camera, creating a camera that can shoot in two different VR formats. The EVO is a foldable camera that, when unfolded, can shoot VR 180-format video. Collapse the two lenses and you can shoot traditional 360-degree footage. When shooting in the VR 180 format, the EVO delivers 5.7K-resolution 3D…
More »
August 21, 2018
In the world of virtual reality cameras, resolution can be a slippery term. Some VR cameras can record 4K video, but when viewed in a headset, they only display a 1080p signal per eye. Not so Insta360’s new Pro 2–it’s capable of recording and delivering an 8K 360-degree video in 3D to each eye. To compensate for the fact that…
More »
April 26, 2018
While it’s been well over a year since Google threw the weight of YouTube and Google Photos behind the VR180 format, it fell to CES 2018 to serve as something of a coming out party for VR180 cameras. This not-quite-VR specification supports stereoscopic 3D video and still capture at 180 x 180 degrees. It’s a bit more manageable and user-friendly…
More »

Photography equipment news and reviews, business and technical advice from top pros, industry news and much more, delivered to your inbox each week.
Sign Up
To celebrate the 40th anniversary of Tamron’s SP lens line, they’ve introduced a prime lens that represents the culmination of the design and technology skills they’ve amassed in over four decades of lens making, the SP 35mm f/1.4 Di USD for Canon and Nikon full-frame DSLRs.
About Us | Contact Us |
Advertise | Site Map
© 2022 Emerald Expositions, LLC.
All rights reserved.
Read our TERMS OF USE and PRIVACY POLICY
Getting Published More »
Great photography in a printed form has the power to truly captivate audiences and enhance…
More »