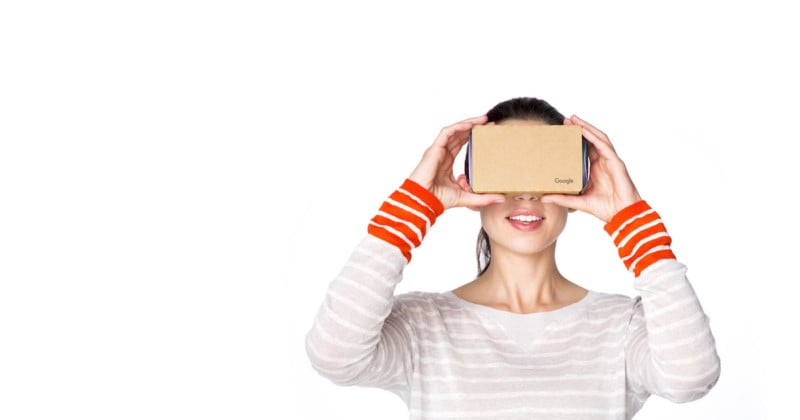 Google released the Cardboard Camera app back in December, but until this week it was Android only. Well, no longer. The iOS version of the app just launched, enabling iPhone users to capture and share immersive 360° VR photos in a snap.
The app uses the term “virtual reality” loosely; more accurate might be 360° panorama, since the camera doesn’t let you capture above or below you. Still, in one sweeping, circular motion you can capture an immersive 360° photo that can then be viewed in “VR” using a Google Cardboard headset.
You can even record sound while you’re spinning around to shoot your photo, making the viewing experience that much more authentic. When viewed on a VR headset, the final product looks 3-dimensional. It’s not “true” 3D, but a slightly different image is sent to your right and left eye, making near and far away objects look appropriately positioned in space.
With the release of Google Cardboard Camera for iOS, now just about everybody with a smartphone can capture and (just as importantly) share these immersive images using only the equipment in their pocket. A few taps in the app is all it takes to create and share a “virtual photo album” that can be sent over email, messaged, or posted on the Web.

Since launching on Android, Google claims that over 5 million moments have been captured using the Cardboard Camera app. We can only assume that number will jump in a big way now that the app is available on iOS.
To learn more about the app or download it for yourself, click here.
(via Google via Tech Crunch)
© 2022 PetaPixel