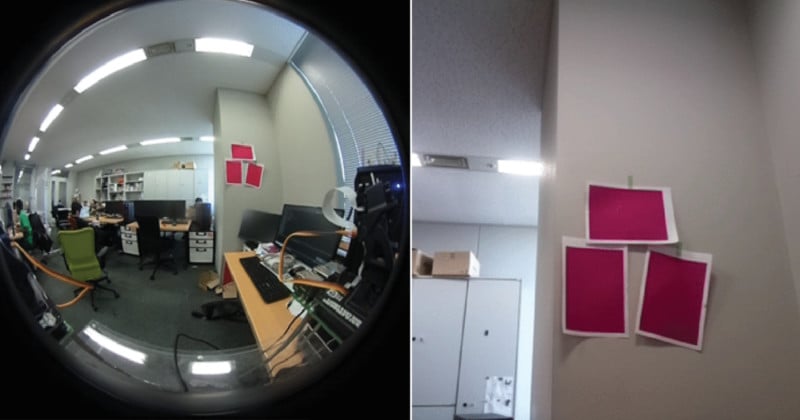 Researchers have designed a new, dual camera platform with the aim of making up for the poor resolution output that comes with most 360-degree cameras.
360-degree field of view cameras of varying types and price ranges have been available in consumer and specialist security markets for some time now. They are often used for virtual business tours, real estate, security, sports and action, travel, and other purposes.
However, a recent study, titled “A Hybrid Camera System for High-Resolutinaztion of Target Objects in Omnidirectional Images” conducted by researchers Chinthaka Premachandra and Masaya Tamaki has pointed out that there is a need to address the lower resolution problem that comes with these types of omnidirectional 360-degree field-of-view cameras, especially in regard to surveillance cameras where poor resolution makes it difficult to identify distant objects.
The study explains that with the use of a fisheye lens, which collects light across a wider range, a 360-degree camera is a cost-effective solution to surveillance that leaves hardly any to no blind spots, compared to using several general-purpose cameras to collectively cover the same field of view.
One solution to the low resolution problem would be to increase video resolution to at least 4K, as proposed by a 2015 study by Budagavi et al., which brings an additional set of complexities, such as the need for efficient compression technologies that can handle increased bitrates as a result.
Premachandra and Tamaki also agreed to the need to increase video resolutions to at least 4K “in order to mitigate the problem of resolution degradation due to wide fields of view when using omnidirectional cameras for monitoring,” but the practicalities of detecting and tracking objects, combined with converting such video into 2D images is a complex, costly, and lengthy process.
For example, PetaPixel recently reported on (sphere) Pro1 360-degree lens which can capture video content with no stitching but this type of technology comes at a cost that can be out of reach for most.
This is why both researchers came to the idea of designing a system that takes images from a conventional omnidirectional camera and at the same time also uses a separate camera that can capture high-resolution images of objects further away, whereby combined, the system would enable better identification of moving objects while still affordable.
In the study, the duo created a prototype hybrid camera platform that consists of one omnidirectional camera and two pan-tilt (PT) cameras with a 180-degree field-of-view on either side. When an indistinct target region is detected using the 360-degree camera, the PT camera is then used to capture a high-resolution image of the target.
The two used Raspberry Pi Cameras on which a pan-tilt module was mounted and then connected to the system through a Raspberry Pi 3 Model B. Then, all of the parts of the setup were connected to a personal computer to allow overall control.
“The researchers first processed an omnidirectional image to extract a target region, following which its coordinate information was converted into angle information (pan and tilt angles) and subsequently transferred to the Raspberry Pi,” Science Daily explains.
Following the experiments, the study concluded that this type of system did indeed deliver higher-resolution images compared to those that were generated from a single 360-camera. However, one issue that arose was a possible time delay in the process. For example, when a moving object is determined as a target to be captured with a high-resolution image, there is a potential shift because it takes a moment for the appropriate PT camera to capture it.
As a potential countermeasure, the duo proposes the Kalman filtering technique, which is an algorithm that gives estimates of unknown variables which in this case are future coordinates of the moving object, which would counteract the shift encountered.
Science Daily reports that Premachandra is confident that their proposed camera system “will create positive impacts on future applications employing omnidirectional imaging such as robotics, security systems, and monitoring systems.”
The full published study, including details of all experiments, can be read on the IEEE Xplore website.
Image credits: Header image by Chinthaka Premachandra and Masaya Tamakiused and used under Creative Commons.
© 2022 PetaPixel